Sorry, you need to enable JavaScript to visit this website.

In 1980, the Museum of Northern Arizona’s (MNA) Archaeologist, J. Simon Bruder, was contracted by the U.S. Army Corps of Engineers to conduct archaeological investigations at the Hedgpeth Hills petroglyph site prior to the construction of the Adobe Dam.

The majority of elements were crudely pecked with linear designs. Curvilinear abstractions predominate with lesser numbers of rectilinear designs and representational motifs. Manipulation of computerized information is used for both descriptive and analytical purposes. Several efforts to deal with the Hedgpeth material from a temporal perspective were attempted.

The investigation indicated that there were three distinct groups that utilized this area: the Western Archaic tradition (5000 BC–300 AD), the Hohokam (300–1450 AD) and the Patayan (300–1450 AD) cultures. This site was thought to be used by people traveling between southern and northern settlements, who stopped to manufacture tools and establish a small settlement.

In 1994, upon completion of Bruder’s archaeological research and the construction of the Adobe Dam, the facility at Deer Valley Petroglyph Preserve was built to provide public access and educational programming.

Following the conclusion of Bruder’s study, the U.S. Army Corps of Engineers built the Adobe Dam to control flooding along Skunk Creek. The dam was designed to provide flood protection by controlling flood water flow from an 89.6 square-mile drainage area north of the Hedgpeth Hills.

One of four dams, the flood control project was known as the "Phoenix, Arizona, and Vicinity (including New River)" project, authorized by the Flood Control Act of 1965 (Public Law 89-298, 89th Congress). All four dams are earthfill dams designated to provide standard project flood protection. The Arizona Canal Diversion Channel was designed to intercept 100-year frequency floodflows.

The standard project flood represents the flood that would result from the most severe combination of meteorologic and hydrologic conditions considered reasonably characteristic of the region. It is normally larger than any past recorded flood in the area and can be expected to be exceeded in magnitude only on rare occasions. It thus constitutes a standard for design that will provide a high degree of flood protection. The standard project flood is produced by centering the most severe storm of record in the general region critically over the drainage area where ground conditions are conducive to a high rate of runoff.

No permanent pool of water is retained in the reservoir. Instead, the dam and reservoir are designed to trap the floodwater and store it only as long as it takes to release it safely downstream.

Today, in an effort to protect and preserve the site, the Deer Valley Petroglyph Preserve is staffed and operated by Arizona State University’s School of Human Evolution and Social Change in partnership with the Maricopa County Flood Control District and through the continued support from volunteers and docents. 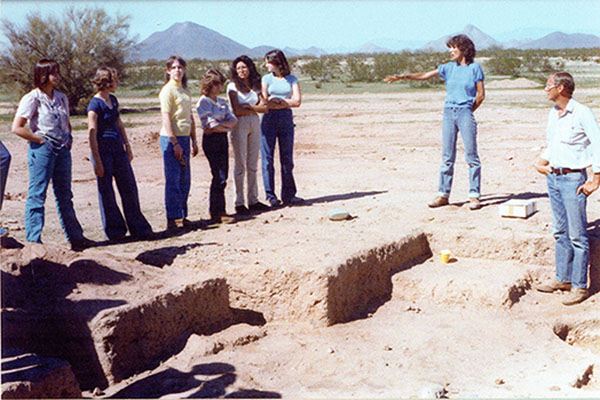 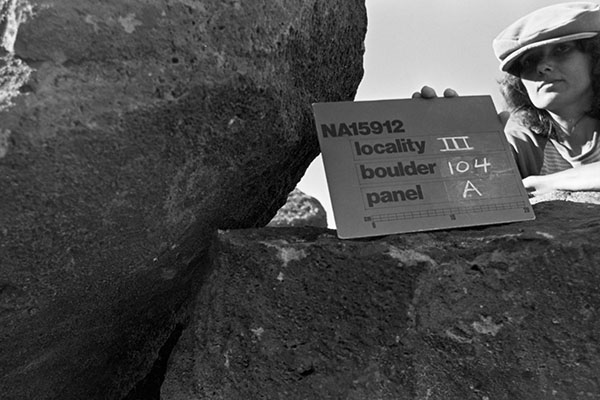 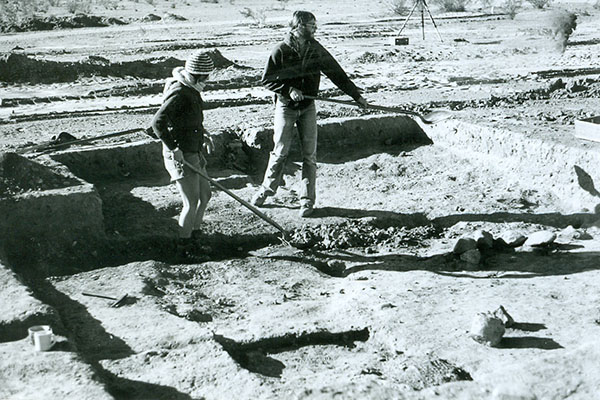 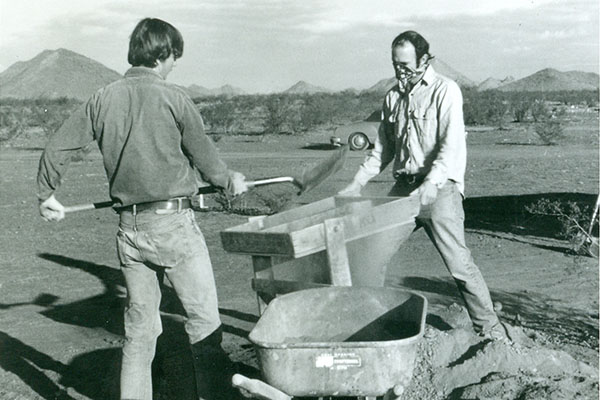 Prepare for your visit